Well it’s been a long while since I did a personal update on the site so this post is probably long overdue! The Working Nomad site itself is coming up to it’s 13 birthday, the same time as I have been living and working independently!

I am currently in the city of Valencia on the east coast of Spain. It’s a city that I know very well and one that I rate quite highly as an alternative digital nomad destination to Barcelona (it’s bigger and much busier brother up the coast!). I will knock out a digital nomad guide to Valencia over the next few weeks.

What have I been up to?

Since early May this year I have been living the vanlife. I bought a Volkswagon T4 van in England and after a trip around the southern UK I have been working my way south through France and Spain. 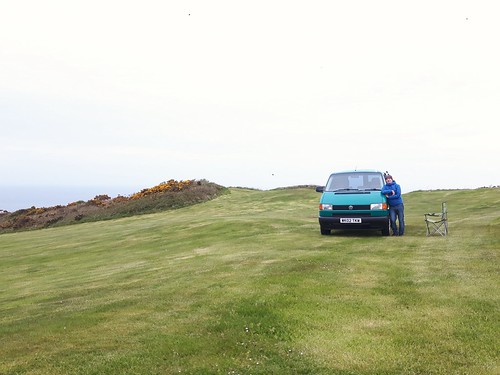 How is my work going and what am I working on currently?

I am still mainly working on affiliate marketing in the travel sector. This has been my ‘bread and butter’ since way back in 2004. I have also been doing quite a bit of writing too. I am currently learning how to write sales copy and hoping to offer my services as a copywriter. I have struggled a bit over the last few years to maintain a decent level of income so hence the need to branch away from affiliate marketing!

Where am I going next and what are my future travel plans?

I am currently heading to Portugal. With Brexit looming I am slightly concerned that any future plans to see out my days in the sunnier parts of Europe might be threatened by the UK’s withdrawal from the European Union. The idea is to try and get some sort of residency in Portugal. I have chosen that country in particular due to the ease of doing business there and of course it has one of the best climates in Europe.

Land and housing is also relatively affordable compared to a lot of other destinations.

I am planning on touring around and checking places in Portugal out during August and September. In terms of having to settle there for residency the cut off date is rather up in the air, like the whole of Brexit is! The truth is that no one really knows whats going to happen yet.

There was talk of free movement lasting until December 2020 which would give me a couple more years to decide where to settle. If that’s the case I’ll still probably remain pretty nomadic.

This €12 a night aire might not look much but I have an awesome beach three blocks away and a direct 40 min train into Europe’s most exciting city – Barcelona. The guys who run it are awesome too and the bathrooms are spotless! It’s very hard to find any available camp sites this time of year near the Med. Going inland and it’s too hot! The cheapest place to camp in Bcn is a €35 parking lot. #vanlifeeurope #barcelona_turisme #vanlife